Bradley Cooper and model Irina Shayk split in 2019 after four years together, but a source close to the couple has suggested they may be considering a reconciliation. The former couple shares a 5-year-old daughter, Lea De Seine, and have allegedly discussed more children together, Page Six reports.

They appear to have a very healthy co-parenting relationship and even traveled together for a family vacation this summer. Shayk shared photos of the vacation on Instagram in which she and Cooper are wearing bathing suits and smiling happily.

“It was a real family getaway and they are considering getting back together,” said the source. “She would like her daughter to have a sibling.”

The source continued, “They both [Bradley and Irina] haven’t gotten serious with anyone else and they are both into the idea of ​​having a kid.” 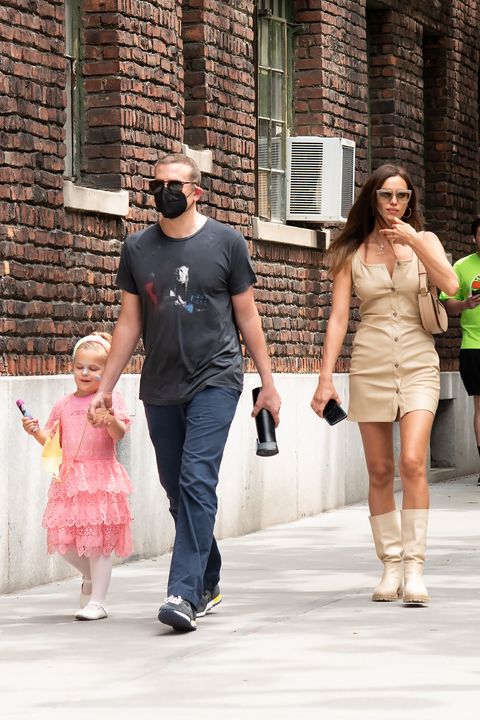 Cooper was recently paired romantically with Huma Abedin. This was evidently a casual connection, as were Shayk’s brief flings with Vito Schnabel and Kanye West.

“It’s not Bennifer 2.0 where the other person is always in the back of their head, it’s more like, ‘Why not?’” the source explained. “They have to deal with each other anyway since they are parents together. They are both thinking, maybe it’s time to finally really settle in.”

Cooper and Shayk were first connected romantically in 2015 when they were seen on a date at the Broadway show Finding Neverland. Shayk was known as a Sports Illustrated Swimsuit model and has continued to grow her illustrious career; she recently modeling for the latest Adidas x Ivy Park line, wearing one of the brand’s turquoise latex leotards for their latest ad campaign.

When the couple split in 2019, there another source told Page Six, “Because of their daughter, they keep trying. Things are not good. Neither one is happy.”

Aimée Lutkin is the weekend editor at ELLE.com. Her writing has appeared in Jezebel, Glamor, Marie Claire and more. her first book, The Lonely Hunter, will be released by Dial Press in February 2022.