Sophie Turner and Joe Jonas skipped the Emmys, but they didn’t miss out on having a red carpet date night. The couple appeared together at the Toronto International Film Festival premiere of Jonas’ film Devotion. Jonas wore a Louis Vuitton black blazer and pants, while Turner had the real statement moment in a rainbow feathered dress by Louis Vuitton, too. She wore her red hair down in waves. This marks the couple’s first red carpet appearance together since news came out that they welcomed their second child, another baby girl, in July.

Their reps said at the time, “Joe and Sophie are happy to announce the arrival of their baby girl.” 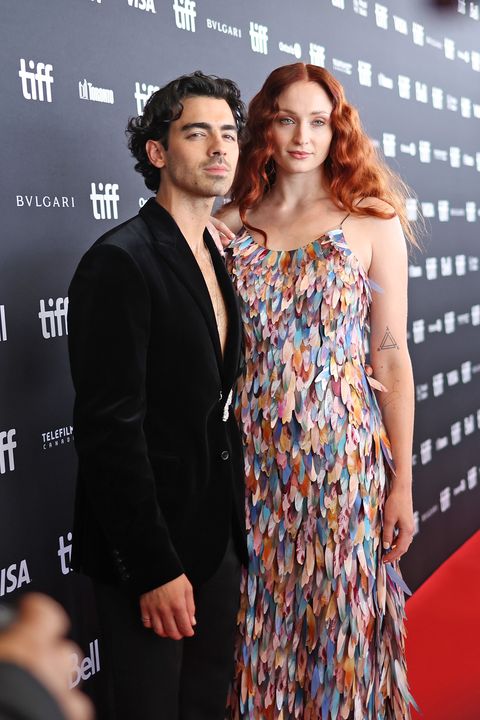 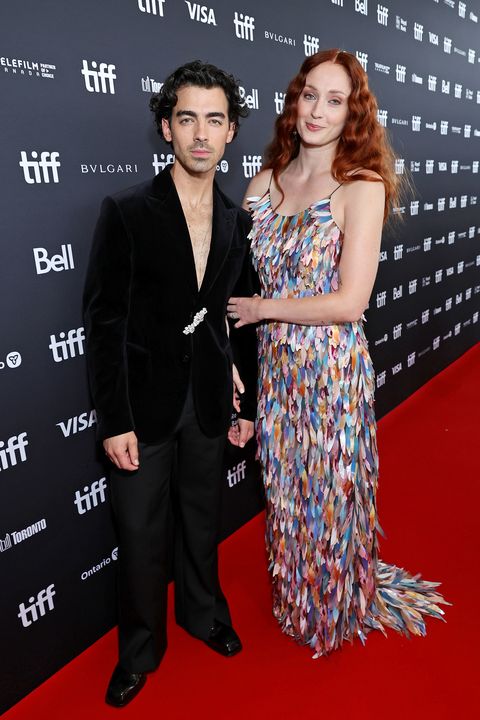 Turner spoke to ELLE UK in an interview published this May about her decision to keep her family life as private as possible. “My daughter never asked for any of this,” she said. “I know what it can do to your mental health to be in this industry, and to be photographed every day and have the comments. It’s not something I want her to deal with unless she says, ‘This is what I want to do.’ We’re quite strict about that. We’ll encourage her to do whatever she wants but I don’t think we would professionally let her do anything until she’s 18. I also feel quite strongly about my daughter not becoming a nepotism child.”

As for how she felt about expanding her family, Turner said with a smile, “It’s what life is about for me—raising the next generation. The greatest thing in life is seeing my daughter go from strength to strength. We’re so excited to be expanding the family. It’s the best blessing ever.”

Alyssa Bailey is the senior news and strategy editor at ELLE.com, where she oversees coverage of celebrities and royals (particularly Meghan Markle and Kate Middleton). She previously held positions at InStyle and Cosmopolitan. When she’s not working, she loves running around Central Park, making people take #ootd pics of her, and exploring New York City.