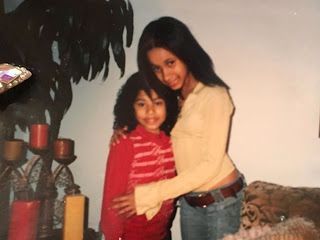 OKAY journal is a British publication which is published weekly on each Tuesday. I am an ardent advocate of Anything South African(From a Sowetan’s Perspective) and am not backing off my stance. Why? It looks like few people really understand what is happening to us here in Mzantsi(as we fondly) call our country. It appears that evidently my exuberance in making the case of African South African is met with combined response and some sort of Push Again. Well, for the first time I’m editorializing about things South African and why it’s so vehemently want to air our point with abandoned care. We are currently facing a disaster amongst ourselves as African South African. I’m not speaking on behalf of those that need to put on the cap that they are the African middle class of South Africa.

One can look at the Matriculant outcomes as a living proof. Throughout the Apartheid era, Africans had been failing in larger numbers due to the way in which Bantu Training had been arrange, i.e., to make Africans fail and to make it possible for just a few went to University. They staffed the Bantu Training Department with Whites on the top and Africans in secondary place; they impoverished their educational content so that it served their (Apartheidizers) Baaskap position and mentality. This is still taking place below the ANC and has worsened.

However for these children, life revolves around know-how only. Our parents still warn us in regards to the bad effects of being too social online, but what about these youngsters? There are on-line predators simply sitting there waiting to come up with these youngsters. They’re unknown individuals who assume a fake id on the internet and try to befriend everybody they can to derive whatever type of pleasure they’ll from the victims. Children and well as adults change into victims of cyber bullying. There have been suicides in a big number because of this cause.

In South Africa everybody will say that life shouldn’t be truthful for the poor. Even the rich will say that what they’re doing is for the poor. They may even say this when they are just finding increasingly more excuses to present extra of the nation’s money to themselves to build all these very expensive things that they have seen in those few rich countries on TELEVISION. They wish to have these things right here so that they’ll really feel themselves to be ‘world class’. Meanwhile our children, who, like the children in Haiti and Kenya and Zimbabwe are never on TV, are burning in shack fires and dying from diarrhoea around the corner.

Consequently, the denizens of those enclaves or Ghettoes can not present enough monies to fund their cultural and social establishments; to take care of and enhance its political economic organization; to materially support, reinforce and reward our constructive social values, moral attitudes and habits; to assist our households, keep and enhance the dignity, self-esteem and social sanding of its residents.